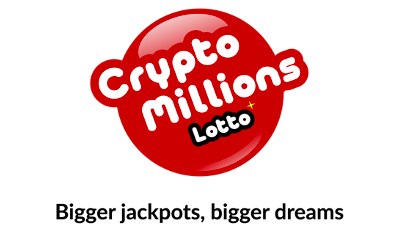 Now you can invest in and join this exciting new concept.

Giving players in more than 180 countries, access to the world’s biggest lotteries.

A Modern Makeover for an Old-Fashioned Game!

Lottery has been part of our way of life for centuries. Most countries operate a state run lottery to raise money for good causes.But in 2021, when the Internet has allowed us to improve the speed and efficiency of almost every part of our lives, the lottery remains stubbornly stuck in the last century.

People still queue in shops and use cash to buy paper tickets, to play a single lottery for a relatively modest prize. It feels very 1990s.

Lottery needs a twenty-first century makeover that makes it a more universal, more attractive game. One that appeals to a wider range of people.

What Is Crypto Millions Lotto?

Players who don’t hold bitcoin can buy it on the website using any number of alternative payment methods available in their country with credit/debit card purchase imminent.

The makes Crypto Millions Lotto available to a significant number of people.

In addition to this, the jackpots on Crypto Millions Lotto are much bigger than elsewhere. They start at $10 million but can increase to more than $250 million and they are guaranteed to be bigger than the jackpot of the underlying lottery or any other online lottery site.

The Enterprise Investment Scheme is a Government scheme that provides a range of tax reliefs for UK resident tax payers who subscribe for shares in qualifying companies. These tax reliefs are significant and help magnify gains and reduce any losses.

Wilmington Holdings PLC is a Qualifying Company, which has been approved by HMRC for its shares to qualify for the EIS.

Want To Find Out More?

Request further Free information by clicking the button below

Request further Free information by submitting your info and list of enquiries below.